P&ID $9.6BILLION ENFORCEMENT JUDGMENT AGAINST NIGERIA – THE WAY OUT

P&ID $9.6BILLION ENFORCEMENT JUDGMENT AGAINST NIGERIA – THE WAY OUT

Nigeria may evade the P&ID’s $9.6billion judgment debt or minimize its impact by claiming immunity from execution and adopting a mediated negotiation strategy.  It may be thought inappropriate that a state like Nigeria or its State agency – Federal Ministry of Petroleum Resources can escape its legal obligation in this very way, but this is the logical result of conferring immunity upon States.

The case of $9.6billion judgement debt involved Gas Supply and Processing Agreement (“the GSPA”) dated 11 January 2010 made between the Claimant Process and Industrial Development Limited (“P&ID”) and the Ministry of Petroleum Resources of the Federal Government of Nigeria (“the Government”) whereby the Government agreed that for a term of 20 years it would make to available to P&ID 400 MMScuFD of Wet Gas and P&ID agreed to process the gas and return approximately 85% by volume to the Government in the form of Lean Gas.

Clause 20 of the GSPA, so far as relevant, provides:

“The Agreement shall be governed by, and construed in accordance with the laws of the Federal Republic of Nigeria.

The Parties agree that if any difference or dispute arises between them concerning the interpretation or performance  of this Agreement and if they fail to settle such difference or dispute amicably, then a Party may serve on the other a notice of arbitration under the rules of the Nigerian Arbitration and Conciliation Act (Cap A18 LFN 2004) which, except as otherwise provided herein, shall apply to any dispute between such Parties under this Agreement.  Within thirty (30) days of the notice of arbitration being issued by the initiating Party, the Parties shall each appoint an arbitrator and the arbitrators thus appointed by the Parties shall within fifteen (15) days from the date the last arbitrator was appointed, appoint a third arbitrator to complete the tribunal.

The venue of the arbitration shall be London, England or otherwise as agreed by the Parties.  The arbitration proceedings and record shall be in the English language …”

The above represents the arbitration clause contained in the substantive agreement.

The issue of the Seat of Arbitration and the Les Arbitri is dealt by the 1923 Geneva Protocol to the New York Convention, Article 2 of the Geneva Protocol States: “the arbitral procedure including the constitution of the tribunal shall be governed by the will of the parties and by the law of the country in whose territory the arbitration takes place”.

London served as the Seat of Arbitration and by implication, the les arbitri was the English Arbitration Act of 1996.  One of the matters les arbitri is expected to address or deal with is the issue of the finality of the tribunal awards including any right to challenge in the Court of the place of arbitration (locus arbitri).

The tribunal issued the first partial final award dated 3rd July 2014 that it had the jurisdiction and that the GSPA was valid and binding.  By its second Partial Final Award dated 17th July 2015, the Tribunal decided that the Government had repudiated the GSPA and was in liable in damages to P&ID.

On the 23rd December 2015, the Government of Nigeria applied to the High Court of Justice in London, (the Commercial Court) for an order under the Arbitration Act 1996 setting aside the second Partial Final Award.

On 10th February 2016, Mr. Justice Philips, sitting in the High Court of Justice in London, dismissed the Government application to set aside the second Partial Final Award.

In January 2017, the Arbitration Tribunal gave the Final Award against the Nigerian State agency and the Government in the sum of $6.597billion.  This was in addition to pre-award interest at the rate of 7% (seven percent) from the date of the award and this increased the size of the Award to $9.6billion.

The Nigerian Government has the right to challenge this Award on a number of grounds.  Did the Government exercise its right of challenging the awards in London Court within the time limit?  The purpose of challenging the award is to have the Court declare all or parts of the award null and void.  There is a time limit for challenging.  Under the Model Law, application for setting aside an award must be made within three months of receiving the award.  Since the award was not successfully challenged by the Nigerian State Agency or Government, P&ID went to courts in the U.S.A. and U.K. to seek recognition and enforcement of the award against Nigeria assets.

The August 16, 2019 judgment by a London Commercial Court to enforce the award of $9.6billion accorded recognition and enforcement of the award under the New York Convention of 1958.  The Convention facilitates the recognition and enforcement of foreign arbitral awards in the territories of any of its more than 150 signatories States including the UK and U.S.A. irrespective of the arbitration rules under which the proceedings were conducted.

The grounds for refusal of recognition and enforcement of foreign arbitral awards are covered by Articles(1) and V(2) of the New York Convention of 1958.

Nigeria may have a way out of this problem of losing $9.6billion.  The Nigeria Government may challenge the enforcement of the judgment of the London Commercial Court in a Court of competent jurisdiction in the U.K. by claiming immunity from the execution or on the grounds of “Defence of State Immunity”.  The State Immunity exists at two levels:  First at the level of jurisdiction, and secondly at the level of execution.  Since Nigeria agreed to arbitrate, such an agreement is generally held to be a waiver of immunity.  If Nigeria wishes to evade this $9.6billion obligation, it may do so by claiming immunity from execution.  It may be thought inappropriate that a state or state agency can escape its legal obligations in this way, but this is the logical result of conferring immunity upon States.  The statute in England requires separate waivers in respect of execution and jurisdiction.  (See the State Immunity Act 1978 S.13(3) and Article 55 of the International Centre for Settlement of Investment Dispute (ICSID).

As to the assets over which immunity from execution can be waived, the position varies.  Execution is allowed against funds held by the defaulting State or State entity for commercial purpose.  The good news for Nigeria is that the English State Immunity Act 1978 affords complete immunity in the execution of awards against state assets held by foreign central banks or monetary authorities irrespective of the purposes for which they are used.

In a similar case in the United States, Letco a company registered in France failed in its attempt to enforce an ICISD award against those assets of the Government of Liberia that were a series of proceedings in the Courts and Letco was permitted to enter judgment against the Liberian Government.  However, because of State immunity, Letco was refused leave to execute this judgment, first against shipping fees due to the Liberian Government and secondly, against Liberian Embassy bank accounts.

In the case of Orascom Telecom Holding SAE V Republic of Chad and Annor (2008) in which enforcement of an ICC Award was allowed against Chad’s Citibank account which was set up and operated so as ‘to receive the proceeds of a contract for the supply of goods or services and/or to be part of a system specifically established for the purposes of repayment of loan by World Bank to Chad.  In this case, the execution was allowed against funds held by Chad for commercial purposes.

In conclusion, the Nigeria Government may challenge or appeal against the enforcement judgement by the London Court on grounds of immunity from execution as in the case of Letco Vs Liberian Government and on the basis of English State Immunity Act of 1978 which affords assets held by foreign Central Banks or monetary authorities complete immunity irrespective of the purpose for which they are used.

However, Nigerian Government commercial assets in any of the 150 countries that are a signatory to the New York Convention of 1958 are open to seizure by P&ID.

Apart from appealing to challenge the enforcement judgment on grounds of defense for state Immunity, Nigerian Government may adopt mediated negotiation strategy to resolve the problems especially the seizure of the Government commercial assets in countries that are a signatory to the New York Convention of 1958. 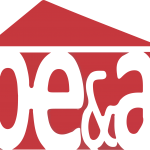